If you’re familiar with the User Explorer report living in your Universal Google Analytics accounts, the updated App + Web version will seem familiar - but with some handy new features.

For the uninitiated, the User Explorer report available in Universal Analytics accounts assigns each device used to access your content an anonymous ‘Client ID’ number. The report then maps each user’s journey across your site, including the number of sessions, pages viewed and transactions completed. This level of granularity is what sets User Explorer apart from many of the other, aggregated reports in Google Analytics.

Being able to analyse behaviour on an individual level enabled us to answer questions such as:

What behaviour did users take before submitting a contact form?

By applying a segment on users who completed the event firing on our contact form submit, the User Explorer report shows the sessions of just these users.

By drilling down on a particular user, we can find further detail on individual usage, which may reveal optimisation opportunities for your site. For example, this user submitted a contact form, viewed job vacancies, and then viewed same contact form again just two minutes later - perhaps revealing a less than optimal experience navigating the website. 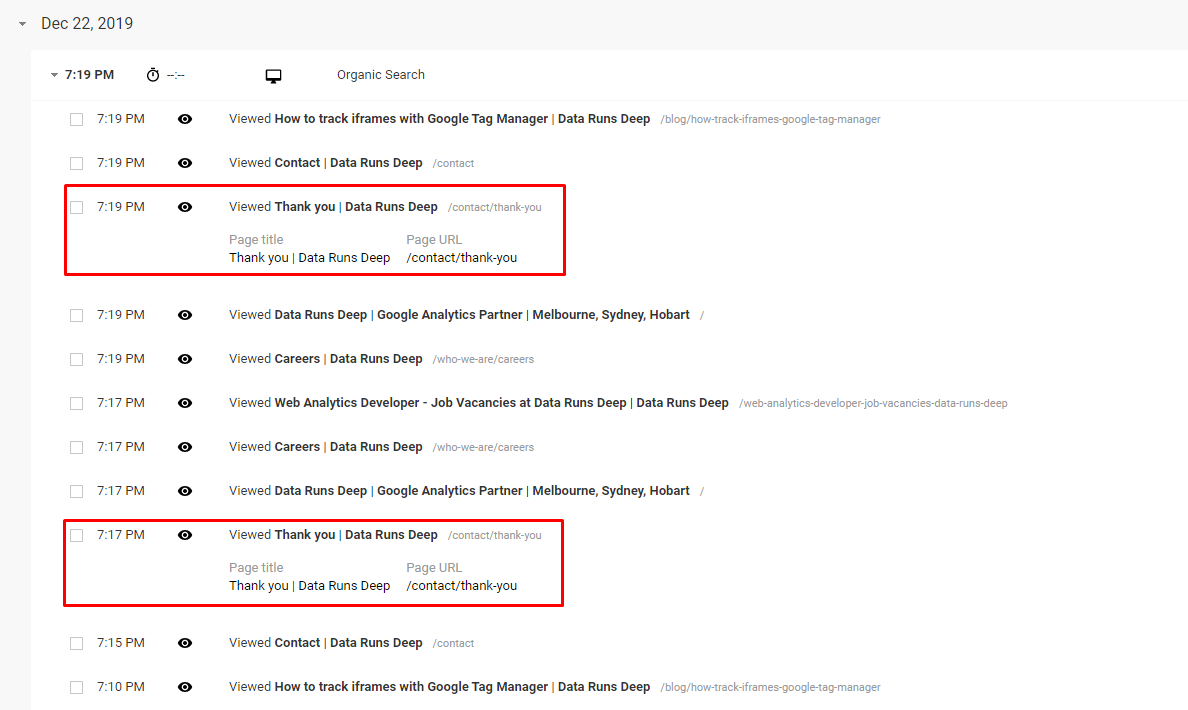 In an App + Web property, the User Explorer report builds on this functionality, with some new features.

App + Web introduces the concept of Stream Name, which is a fixed column in the User Explorer report. This allows you to track and differentiate users across both your app and website, within the one report.

The old version of this report has a set  structure: fixed metrics columns for sessions, average session duration, bounce rate, revenue, transactions and goal completion rate. The App + Web version allows you to drag and drop an array of metrics into your report, or pick a dimension to add as a filter on your report. For example, you can filter User Explorer by Gender, Country or Device Category. These dimension filters also layer nicely over segments, which makes the process of drilling down to a subset of users much less clunky.

Overall, it’s only days for Google Analytics App + Web properties, so undoubtedly in future there will be new features which will enhance these reports further. In the meantime, check out some of App + Web’s other new reports, such as Path Analysis & Funnel Analysis.

To find out more, email us on hello@datarunsdeep.com.au or complete a quick contact form.